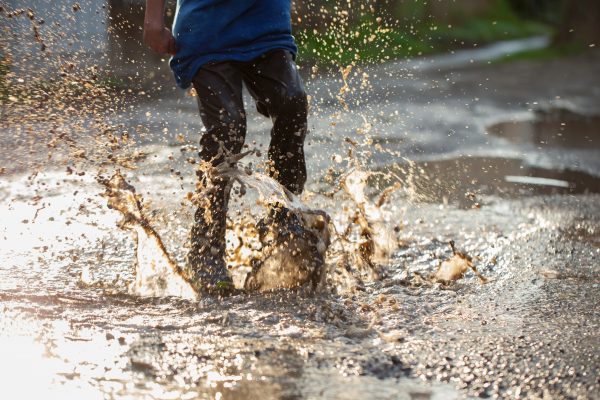 Moms are badasses that rarely get the recognition they deserve. For one… they have seen and dealt with every possible aspect of human filth. And secondly, their outer shell is so hardened that no matter how queasy or shakeable they were as young girls – they no longer bat an eye at the sight of mystery fluids or the smell that follows pre-teen boys.

When we created Hero Clean, it was initially meant for active military members who have few real opportunities to properly clean their gear. It was made for the first responders whose uniforms smell of smoke and sweat. We created our line of cleaning products to be a real solution to heavy duty problems. These “heavy duty problems” being stains, odors, and messes that can’t be removed or properly dealt with using traditional, 50-year-old cleaning products.

As it turns out, moms were also unsatisfied with their options, and their cleaning problems bring a list of complexities of their own. Teenage boys who refuse to properly clean their clothes to the point where it smells like something died in their room. Sports gear that is saturated with sweat and left behind, forgotten until next weekend’s game. These are cleaning issues that moms are all too familiar with because they’re everyday problems in their world.

And yet, day after day, they pick up after us, disinfect our spaces, and make sure we always have what we need, when we need it by — even when we told her about it literally minutes before the time came. Which is essentially the definition of a badass.

So here’s to moms… for being incredibly tough and dealing with the messes that only kids can make. We don’t know how they do it, but we do know that they deserve a lot more than a nod for the sh*t they put up with. We’re offering a discount through the end of the month on our products, but we hope everyone but mom is putting Hero Clean to the test on Mother’s Day!